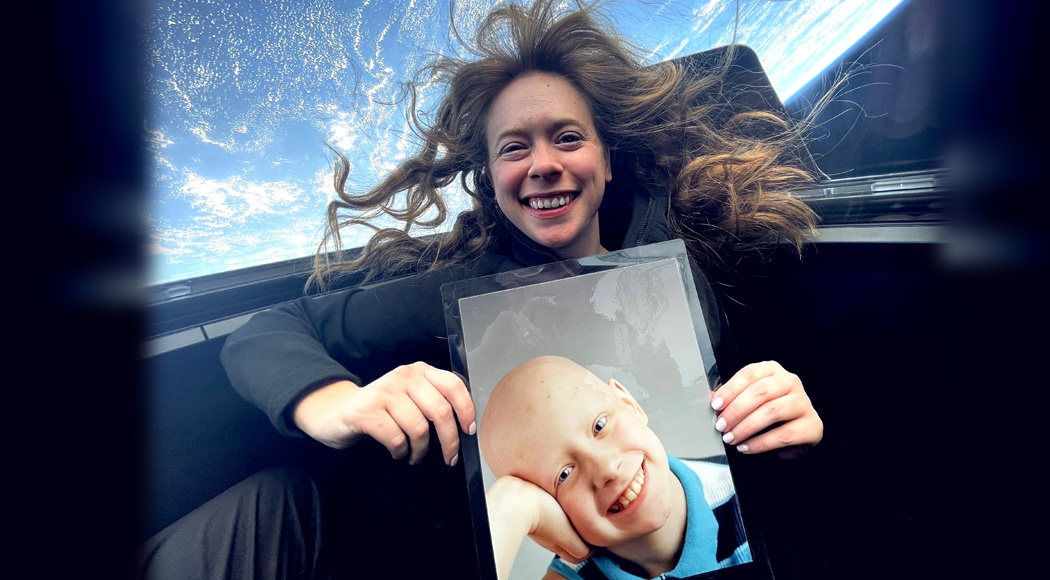 NO, IT’S NOT A BOUDREAUX JOKE– her name is Arceneaux anyway – and it’s true. Hayley Arceneaux, named Grand Marshal of the “Wish Upon a Star” themed Carnival in Covington Parade on Mardi Gras Day, is a St. Jude Children’s Research Hospital physician assistant and commercial astronaut who was born and raised in Louisiana. Now, she is living her dream on Earth and in space. She joined Commander Jared Isaacman on the Inspiration4 mission, the first private spaceflight operated by SpaceX with a civilian crew, which launched on September 15, 2021, and successfully water-landed three days later. Incredibly, going to space is only one of Hayley’s stellar achievements.

Reaching for the Stars

At ten years old, lying in a hospital bed at St. Jude fighting for her life, Hayley’s idea of reaching for the stars was beating bone cancer and raising funds for the institution that was helping her and so many other children live to see their dreams come true. So how, twenty years later, did the self-proclaimed Cajun find herself on a rocket ship suited up next to tech billionaire and pilot, Isaacman, about to actually orbit the earth?

Well, some people just shine a little brighter. One week after earning her Taekwondo black belt, the youngster was diagnosed with osteosarcoma after suffering continued pain in her left knee. The first step to recovery was the proclamation, “I don’t want to die!” upon hearing the devastating news. The second was the immediate trip to Memphis to begin treatment at St. Jude. Hayley’s mother, Colleen, recalls the inability to speak her daughter’s name at check-in, rather, bursting into tears, not having fully processed the gravity of the situation. The moment that the receptionist embraced Colleen, ensuring her that they were now in the good hands of the St. Jude family, was the moment Hayley realized she would soon reciprocate, embracing St. Jude as family and her personal mission.

Although memorabilia and remembrances highlight Hayley’s unbridled optimism, energy and gratitude – for example, photos document the dance party she staged for hospital staff reflecting her ‘show-must-go-on’ attitude – her surgery, treatments and physical therapy were serious and grueling. Hayley endured an operation to remove her knee and part of her thigh bone, replacing them with prostheses including an artificial femur which could be expanded without future surgeries. Although not painless, St. Jude’s work with innovative technology would give her a much better quality of life. She also began a year of in-house, intensive chemotherapy. Her enthusiasm for St. Jude, despite draining side effects, was rewarded with the unofficial titles of assistant receptionist and blood donor room gratitude administrator.

While still undergoing treatment, Hayley Arceneaux began fundraising for her lifeline and newfound family of caregivers. At age 11, she was named a “Louisiana Young Hero” and lauded for raising nearly $8,000 at her grammar school. Her acceptance message was that donations to St. Jude help save children’s lives. Foreshadowing the fundraising mission that would garner an astronomical multiple of that sum, she proclaimed “Children want to see their dreams – I know I did, and I know I’m going to.” She innocently continues, “I want to grow up to be a nurse and mentor at St. Jude. I’ll be able to say, ‘I had that when I was little, and now look at me.’”  And look at her now, indeed.

While Hayley pursued adventure, traveling the world for study and mission trips while preparing to return to St. Jude to simultaneously pay it back and pay it forward, her achievements didn’t necessarily bring fame or mega riches. During those same 20 years, however, her future mission commander was building an empire, performing extreme physical feats and living dreams of his own.

As founder and CEO of Shift4, a payment processing company that grew to handle a large percentage of North America’s hospitality industry, Isaacman secured billionaire status. His dream of flight, inspired by a boyhood experience at Space Camp’s Aviation Challenge led to his future mastery of piloting a variety of aircraft. He went on to found Draken International, which operates one of the world’s largest privately owned fighter jet fleets and, amongst other functions, trains pilots for the US Armed Forces. His obsession with pushing boundaries motivated flying in airshows with the Black Diamond Jet Team during his 20s; setting the world record for circumnavigating the globe in a light jet in less than 62 hours in 2009; and, at just 38, masterminding last year’s Inspiration4 spaceflight.

It was Isaacman’s dual decisions to tie-in a fundraising aspect to the mission, and to fill crew member positions with civilians that led Hayley to be drawn into his orbit. Along with a goal of raising $200 million for St. Jude, Isaacman wanted a St. Jude employee to serve as an ambassador representing Hope – one of the four pillars of the history-making event. Thinking beyond just an entry in the record books, Time Magazine quotes the space pioneer as saying, “I could’ve just invited a bunch of my pilot buddies to go, and we would’ve had a great time… Instead, we wanted to bring in everyday people and energize everyone around the idea of opening up spaceflight to more of us.”
St. Jude chose Hayley as that symbol of hope. “I know that the money and awareness raised from this is going to change lives,” she said. “And it means so much to me both as a former patient and now an employee to know that we’ll be able to help so many more kids because of it.”

Truly opening up spaceflight to other than physically elite astronauts, Hayley will be the first to travel to space with a prosthesis. She says she is most excited to be the first pediatric cancer survivor in space. Her personal mission objective was to inspire her young patients back at St. Jude, including an in-flight video call with them. Her message to them from space? “Even the sky is not the limit for you. My flight is a first, but it won’t be the last. If I can do it, so can you.”

Hayley enthusiastically accepted the first-of-its-kind challenge, despite the risks, dangers and physical demands it entailed. Astronauts perform years of basic training and then additional years devoted to a particular mission. This crew had approximately six months. Training at SpaceX headquarters included intensive, 60-hour, week-long sessions of simulator time and classroom work. Isaacman also conducted team building and endurance exercises that took crew members out of their comfort zone including flying each one in a fighter jet, exposing them to g-forces similar to ones experienced during spaceflight. Also on the agenda was a punishing three-day hike up to 10,000 ft. on frigid Mount Rainier.

Thankfully, Hayley’s astronaut training will have her well prepared for her Mardi Gras Day ride atop a float blazing its trail through the streets of Covington. Hopefully, as the “Wish Upon a Star” theme suggests, she’ll receive the unique thrill of being cheered on by throngs of revelers who personify her life’s mission: always find a reason to celebrate life amidst adversity, giving hope to others born of your hard-won victories. Hail Hayley Arceneaux, for showing us the adventure that awaits is ours to make, and that wishes really can come true.

The Carnival in Covington Parade will roll in Downtown Covington on Tuesday, March 1 at 10 am with the Tammany Gras Afterparty starting at noon at the Covington Trailhead. For more information, call 985-502-8586, 985-867-1206 or visit carnivalincovington.com or Facebook.com/CovingtonMardiGras.

1 thought on “Hayley Arceneaux Rules on Earth & In Space” 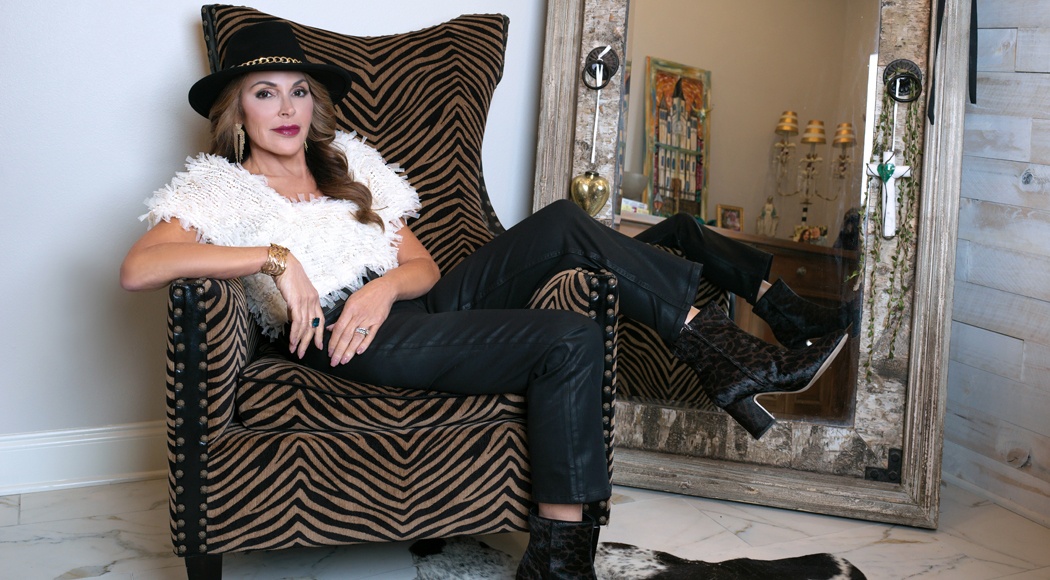 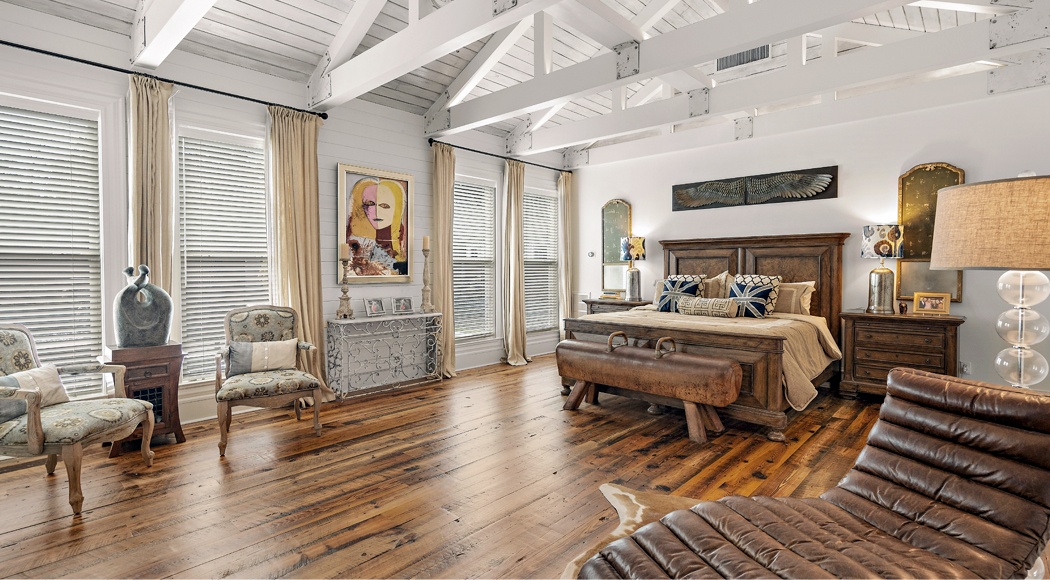 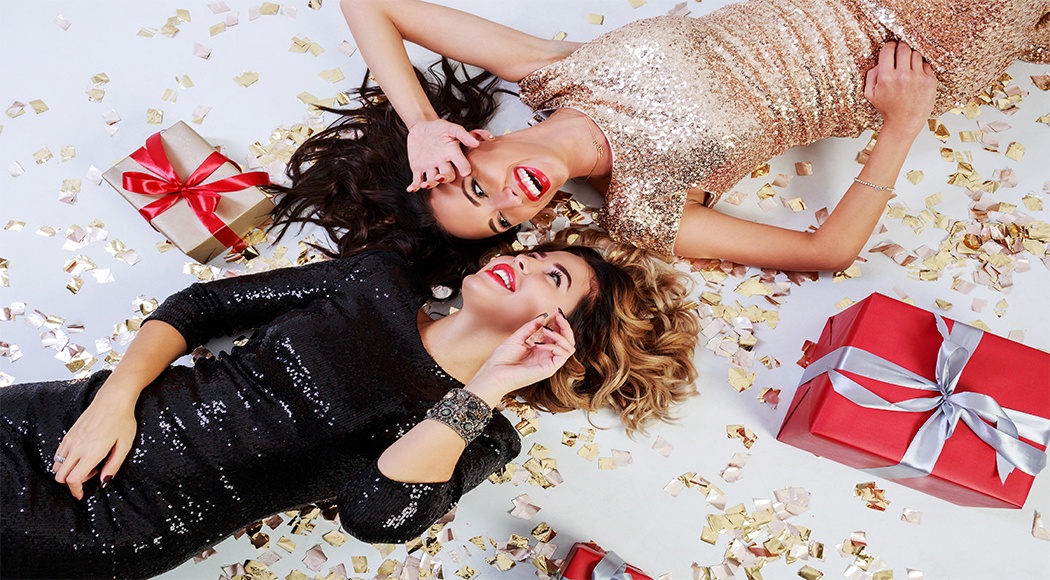