HGTV’s Property Brothers teamed with the St. Bernard Project
and local designers (Sarah Moss and Kelly Sutton), to renovate a shotgun double in The Tremé Area of New Orleans.

FOR TWO MONTHS this summer, the Big Easy became the City of Brotherly Love. Twins Drew and Jonathan Scott, better known as the Property Brothers of HGTV fame, were in the city to rehab a traditional shotgun house in the Treme neighborhood as part of a four-part series entitled, Brothers Take New Orleans. Primarily a design competition between Drew and Jonathan, the show is a true love letter to New Orleans, with the duo paying homage to the city’s rich history and culture. In an effort to showcase the area’s art and architecture in each design concept, producers selected local designers Sarah James Moss of Moss Manor and Kelly Sutton of Sutton House to pair with Drew and Jonathan on the renovation project. Following a series of interviews, both via Skype and in person, Sarah was partnered with Drew to create his rustic modern retreat while Kelly teamed with Jonathan for a vintage remix design concept. 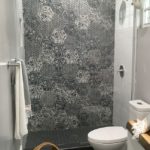 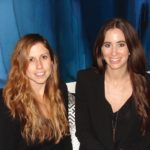 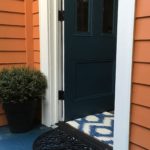 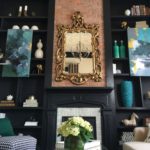 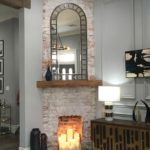 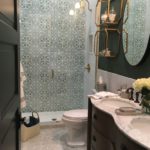 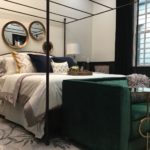 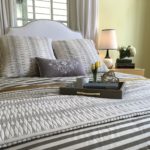 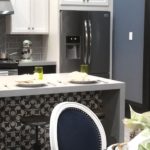 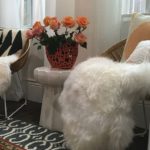 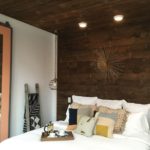 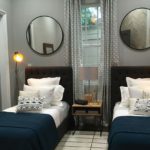 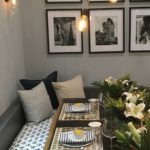 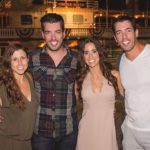 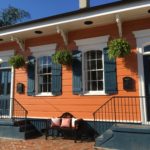 Sophisticated Woman recently caught up with these designing women to talk about their behind-the-scenes experiences with two of the most popular siblings in home improvement and design programming.

Kelly: One of the things that struck me is how genuine and down to earth they are. They are just like they appear on camera. They were generous with their time, not just with us and the rest of the crew, but also with their fans. If we were in public and someone asked to take their picture, they were happy to oblige.

Sara: They were very involved in the design and construction of the homes. The time Drew took with the construction details of the project was exceptional. Although he is better known for his real estate experience, he is well versed in construction as well. He identified potential problems and addressed them before they could become bigger problems. As a designer, I appreciated that diligence.

What was the biggest challenge working on the show?

Kelly: In many ways, the project was similar to other design projects. Working with Jonathan was like working with a client—we’d discuss floor plans, goals and vision and then I’d come back with recommendations on how to bring that vision to life. The biggest challenge was the compressed time frame. Everything was meticulously planned and choreographed. There was no time for delay.

Sarah: The timeline was definitely the most difficult part. We ordered most pieces in advance and kept them in a warehouse in Kenner. Once a particular piece was to be installed, there was no time to waste. It was like a freight train. We worked seven days a week, often late into the night putting things in order.

Were you tempted to peek at the other’s design for additional inspiration?

Kelly: Both Jonathan and Drew had clear visions for what they wanted in their spaces. We stayed true to our design themes, and the result is that we ended up with two very distinct homes. That is what makes the show so interesting. Sarah and I have similar design aesthetics, and yet our interpretation for each space was different.

Sarah: I tend to do more sleek, urban loft design, so the rustic look was a little bit out of my comfort zone. I was able to draw from Drew’s vision and take pieces from the home and reuse them in new and creative ways. One of my favorite projects was the canopy we made from some of the home’s original wood floors.

Does the show portray the renovation process accurately?

Kelly: It has been fun watching the different episodes after living through them just a few months ago. Everything has been true to the process. The only thing that was a bit different was the way we looked on filming days. The producers would give us a heads up to be dressed nicely and wear makeup for days we would be on camera. Sometimes the crew wouldn’t even recognize us! We definitely don’t wear heels to a construction site.

Sarah: What I loved most, is that the show wasn’t just about the renovations, it was about the love that Drew and Jonathan have for the city. Whenever possible, they used local tradespeople and relied on them for their expertise. They incorporated local works of art; restored architectural features like pocket doors and fireplaces; and interjected a multi-cultural vibe that defines the modern-day neighborhood. They wanted the homes to take on aspects of New Orleans—both in design and in function.

Kelly: Definitely Team Jonathan. I had a wonderful experience working with him and am proud of what we accomplished.

Sarah: I’m on Team Drew all the way. Both Kelly and I said we’d love the opportunity to do it again, but we’d both probably insist on working with the same brothers we worked with for this project.