DOROTHY BURROUGHS-MCHANEY has mastered the art of resiliency. Growing up in Tickfaw, her childhood was unstable and filled with tragedy. She knew from an early age she could only rely on herself. “If it’s going to be, it’s up to me” became her life motto. At the tender age of three, she and her four-year-old sister, Patsy, were playing with kitchen matches. Burroughs-McHaney’s voice caught as she recalled the incident. “My sister lit her match but I had trouble lighting mine. Patsy touched her match to mine,” she halted. “And then her match got hot and she dropped it on her dress.” She watched in helpless horror as flames engulfed Patsy, claiming her cherished sister’s life. The memory weighs heavily on her heart to this day.

IN AN EFFORT to escape the pain and find a better life, she moved to Texas where she met Cooper Burroughs, the man who quickly became the love of her life. The two married and opened a small restaurant together and they named it Dorothy’s Front Porch. The combination of Burroughs-McHaney’s culinary expertise, Cooper’s outgoing personality and the restaurant’s homey atmosphere caught on with the locals and soon there was a wait to be seated virtually every night.

But seven years into the couple’s new venture, tragedy struck. Burroughs-McHaney’s husband, her rock and best friend, passed away with congestive heart failure. She found herself suddenly alone after 30 years of marriage. “I married Cooper when I was 19, and when he died I was thrown into a world I wasn’t familiar with,” she confided. Feeling heartbroken and vulnerable, she knew that once again she’d need to make it on her own.

Burroughs-McHaney recalled a former kitchen manager who wanted to buy a trailer. She considered lending her the money. “It was a difficult decision,” she admitted. “Finally I told her to go find a house, not a trailer and I would purchase it and turn around and sell it to her.” The former employee found a beautiful home in a quaint neighborhood. Burroughs-McHaney made an offer, paid with cash and so began her new career in mortgage lending. Often she felt anxious and out of her league but she pressed on. As she accumulated money, she helped families get into homes. “I know what it’s like to be dirt poor. That’s why I love helping people achieve the American dream of owning their own home where they can mow their own grass and paint their own walls,” she explained. She soon discovered that assisting people with home ownership was her true calling in life.

Her business soon took off and she started playing tennis, dancing and exploring other hobbies and interests. She began to feel whole again and life had established a new normalcy. Seven years after her husband deceased, she sold Dorothy’s Front Porch to her son Don.

An avid birdwatcher, she and a friend decided to sign up for a cover story birding trip in Alaska on the tiny island of St. Lawrence. While there, she met Jimmy McHaney, a fellow bird enthusiast and Texas native. Both of them were amazed that they shared the same hobbies of tennis and birdwatching. They soon became inseparable and she marveled her luck at finding love again. The couple married and started a new life together in Madisonville.

They had ten good years together sharing their many interests and leisure activities. But just when they were enjoying life to its fullest, misfortune struck again when, almost simultaneously, her husband was diagnosed with a degenerative brain disease and she developed breast cancer. Despite undergoing a double mastectomy, the cancer was exceptionally aggressive, returning four times in the last six years and eventually metastasizing to her lungs. Her friend Marsha Arcemont and sisters Betty Davis and Sylvia Giluso helped in every way they could, taking her to treatments, doctor visits, walking her dog Xena, even moving in with her when it was needed. Through it all, her unstoppable spirit and zest for life refused to consider anything but a positive outcome. Her optimism was rewarded, as she’s been declared cancer free for the fourth time.

Through the years, Burroughs-McHaney continued to roll her income back into houses. She stressed a need to think small and grow big. That philosophy has earned Burroughs-McHaney much financial success. And despite the many personal challenges she has encountered over the years, she exudes a special blend of charm, warmth and peace. That spirit was especially evident when son Don Burroughs and her many grandchildren and great-grandchildren gathered around her Thanksgiving table. Her devout faith has carried her through the tough times. “A preacher once told me that one of the greatest gifts you can give is the gift of encouragement. I always try to inspire others,” she said. Even through her ongoing cancer treatments, Burroughs-McHaney continues to dance, garden, birdwatch and write. “Even during difficult times, I feel joy,” she stated. “I am thankful.” 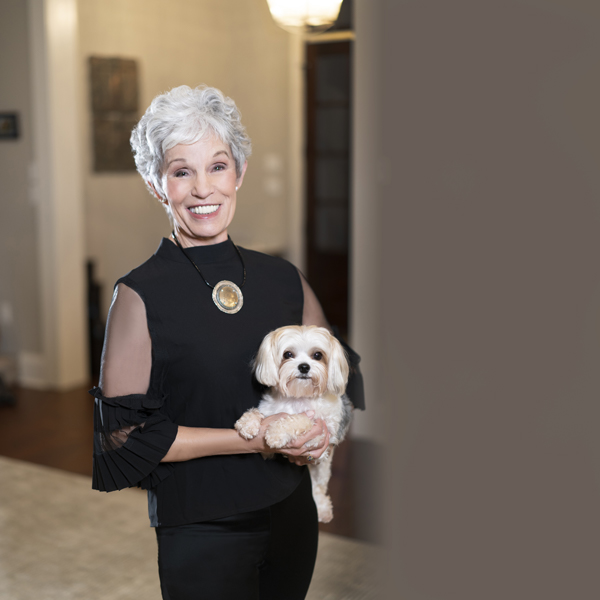 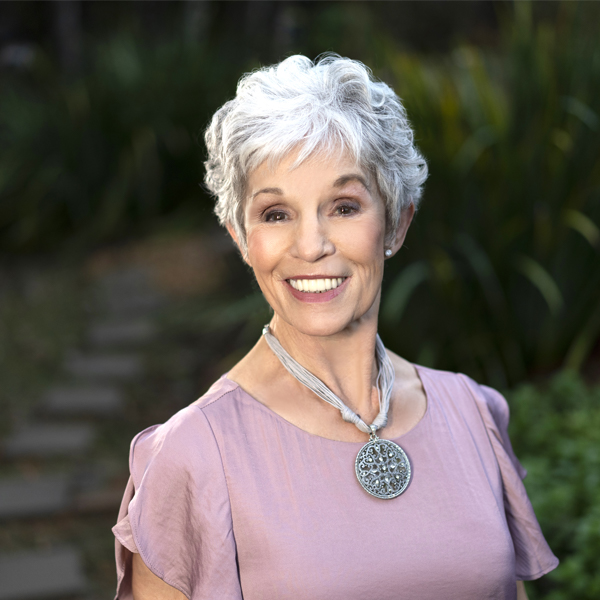 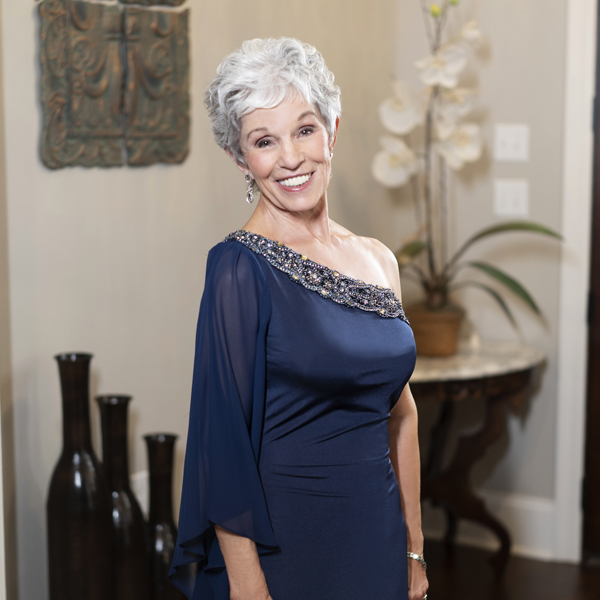 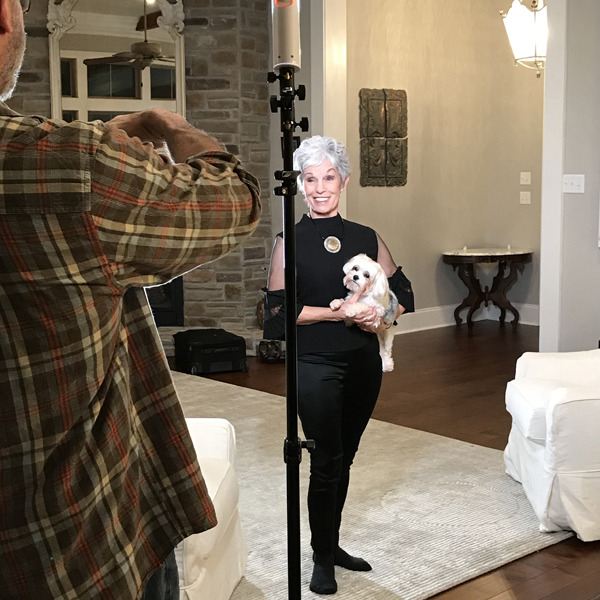 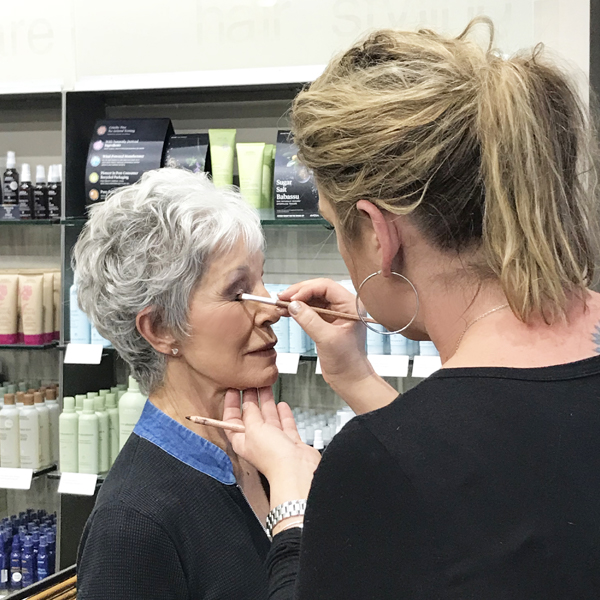 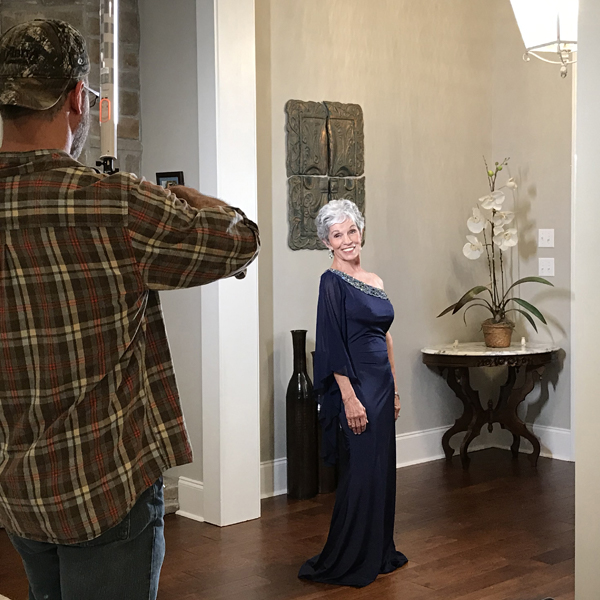