JENNIFER PACIONE, owner of Shading Places, never intended to run a window treatment company. The Covington resident majored in nursing, but with her love of fabrics and design she found her calling in interior decorating. Some of the grandest homes and businesses in the New Orleans area showcase her elegantly crafted window designs. And it all started in her kitchen.

As a young newlywed and new homeowner, Pacione was challenged to come up with an inexpensive way to dress up her own home’s windows. Lacking the finances to hire a decorator, Pacione took matters into her own hands. A nurse by trade, she had picked up sewing as a child from her aunt and grandmother, and soon she found herself creating patterns and rolling out bolts of fabric on her kitchen floor.

FRIENDS AND COLLEAGUES were impressed with her creativity and attention to detail. Pacione was designing window treatments for people she knew and began receiving referrals for other customers and businesses. “I started a business and I didn’t even realize it,” she laughed. “I was just doing what I loved. I’m a nurse by education but a business owner by passion. I wanted to do one thing—windows—and do it extremely well.”

Despite the demand for her services, Pacione was hesitant to abandon the steady pay and benefits her nursing career provided. But when she became a new mom, she realized that flexibility was something owning a business could give her that being a nurse couldn’t. One of Pacione’s friends urged her to take the jump. “From then on, I gave my business 110% and never looked back,” she stated. Daughters Peyton, 18 and Hope, 8 have been her number one priority. “I always wanted to be there for my children,” she said. “Taking them to school, picking them up, being there for their after-school activities is really important to me. And owning a business allowed me to do that.” After becoming a single mom, that flexibility became even more important. Being a single mom and business owner meant that some days were long and tiring, but Pacione took solace in the fact that she was always available for her daughters and her ever-growing clientele.

While her business grew and her daughters flourished, Pacione’s personal life was not as fortuitous. A failed relationship left her broken and disheartened with her self-esteem in shambles. “I was so worried about what people would think that I stayed in a bad situation far too long,” Pacione confided. Eventually, she found the courage to leave, and with the support of friends and family she soldiered on. Pacione resolved to keep moving forward, pouring herself into her work and children. Still, the experience daunted her. She wondered how she could be so successful in business yet not be able to find lasting love. But that was all about to change.

About a year after Pacione’s divorce, a married couple she was friends with were waiting for a table at a local restaurant. It was a serendipitous moment when the pair met Jim, a relocated transplant from Chicago. He was waiting for his date to arrive and the three struck up a conversation. “If your date doesn’t work out, I know a great woman,” winked Pacione’s friend. Little did she know the profound effect that chance meeting would have on her life. Indeed, the date didn’t work out and he and Pacione met. Their first date was at the Southern Hotel in Covington where they later married. “I wouldn’t change the past because it brought me to today,” Pacione said. “I met my best friend and the love of my life. We have mutual respect for each other. Jim is truly happy for my successes and brings joy to my life every day. I’m like a flower—he waters me and I bloom.” Such expressions of affection are the norm between the two and they continue to stand in awe that they discovered each other after almost giving up on finding love. They share an affinity for entertaining and travel, and are excited about their plans to vacation in Italy at the end of the month.

Like her husband, Pacione’s clients are a loyal bunch. Many of them have been customers for years and have turned into lifelong friends. She marvels that some clients initially hired her to do a window treatment for a nursery and now she’s decorating all the windows on their third or fourth home. Some of her clients have come to rely on Pacione so much that they fly her out to their vacation homes so she can work her magic. She loves the challenge of new projects and the opportunity to flex her creative muscles.

Shading Places has grown by leaps and bounds in the nearly 20 years she’s been in business. But Pacione’s approach to business remains the same as it was when she founded the company—to help her customers make their vision come to life. It’s important for her to set a good example for her daughters, both as a mom and a business owner. She emphasizes the importance of having a voice. “I want them to know that it’s ok to make mistakes,” she said. “Just learn from them, keep going and hold your head high. And be kind. Always be kind.” 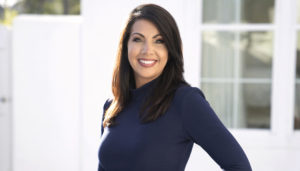 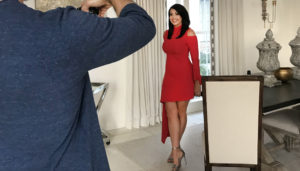 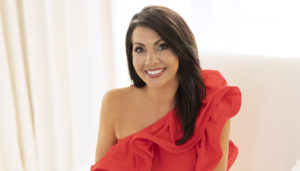 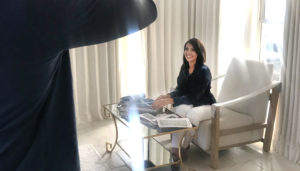 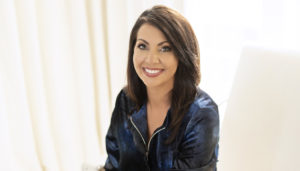 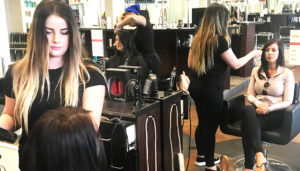