Two different women. Two different stories. Two different paths leading to their choice of career. Rather than let their differences divide them, Melissa Gourgues and Fay Payne have taken a cooperative approach to their businesses. Both owners of H&R Block locations on the Northshore, the women share the same dedication to their profession and commitment to their clients. Allied in their philosophy and supported by one of the largest networks of tax professionals in the country, Gourgues and Payne are poised to handle what may be the most complicated tax season in recent memory, thanks to the extensive changes in the tax code passed by Congress late last year.

Between Gourgues’ offices in Mandeville, Bogalusa and Pearl River and Payne’s Covington location, the women offer convenient and efficient ways for people to file their tax returns. From software and online filing services to in-depth, face-to-face appointments, options are designed to get the most money possible from a refund. “In addition to the education and training to do the job right, we also have the power of IBM’s Watson at our fingertips,” Gourgues said. “The system is designed to understand all 74,000 pages of the U.S. tax code along with thousands of yearly tax law changes and other information. The system connects over 600 million data points to identify every deduction and credit available.”

Getting the most out of a refund is just the beginning, Gourgues said. “Our ultimate goal is to put clients in the position to get the most benefit year after year. We work hard to maintain long-lasting relationships with our clients. Whether it is reviewing the previous year’s taxes or helping them plan for the year ahead, we work with them every step of the way. We can even provide for their needs all year long—performing payroll, bookkeeping and audit services.”

Echoing Gourgues’ sentiments, Payne added that fostering long-term relationships is precisely why the two women decided to partner over the last few years. “We are too close together to not help one another. People don’t see municipal lines, and neither should we. We want to make it easy for people to access our services in the location that’s most convenient to them,” Payne said. And while the locations may only be separated by a few dozen miles, the women have taken divergent routes to get to where they are today. They both came into the field at different times in their lives and for different reasons.

Gourgues practically grew up in the business. Her father owned H&R Block locations on the Northshore, and she worked in the Slidell office during college. After receiving a degree in business administration, she spent more than ten years working for large corporations like Walgreen’s and Smoothie King. She saw the inner workings of successful brands and how successful franchisor-franchisee relationships were created. Unbeknownst to her at the time, this experience would be a critical component to her success at H&R Block years later. 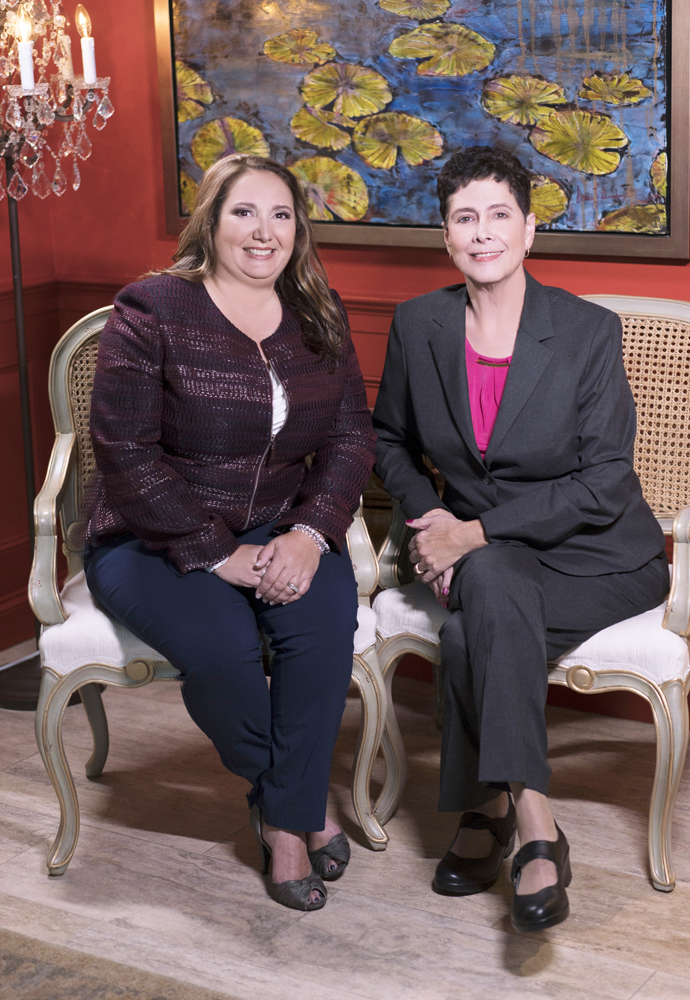 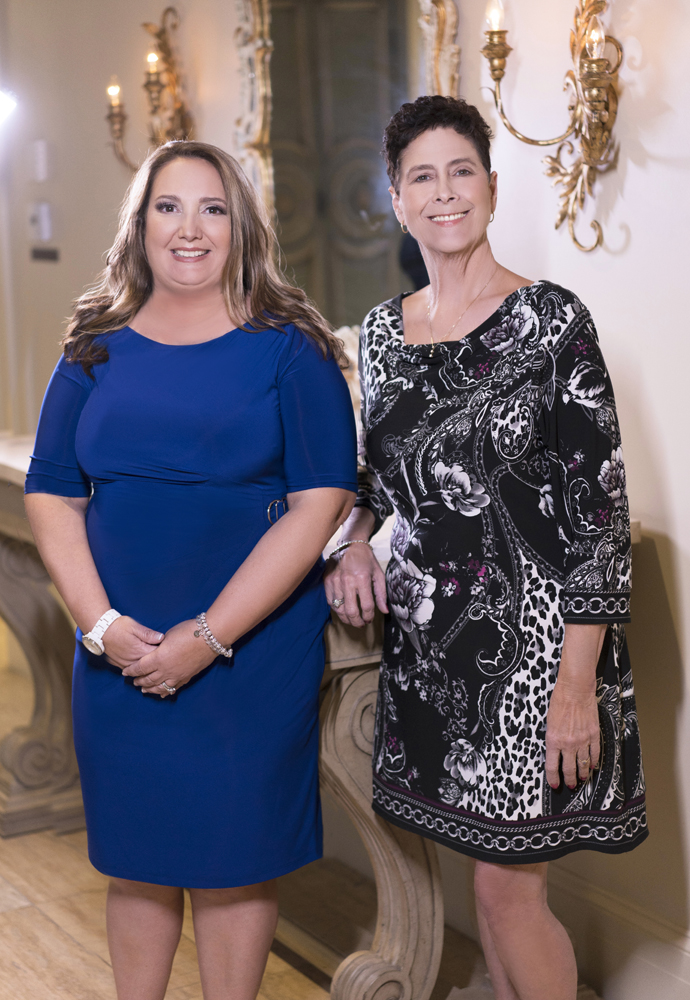 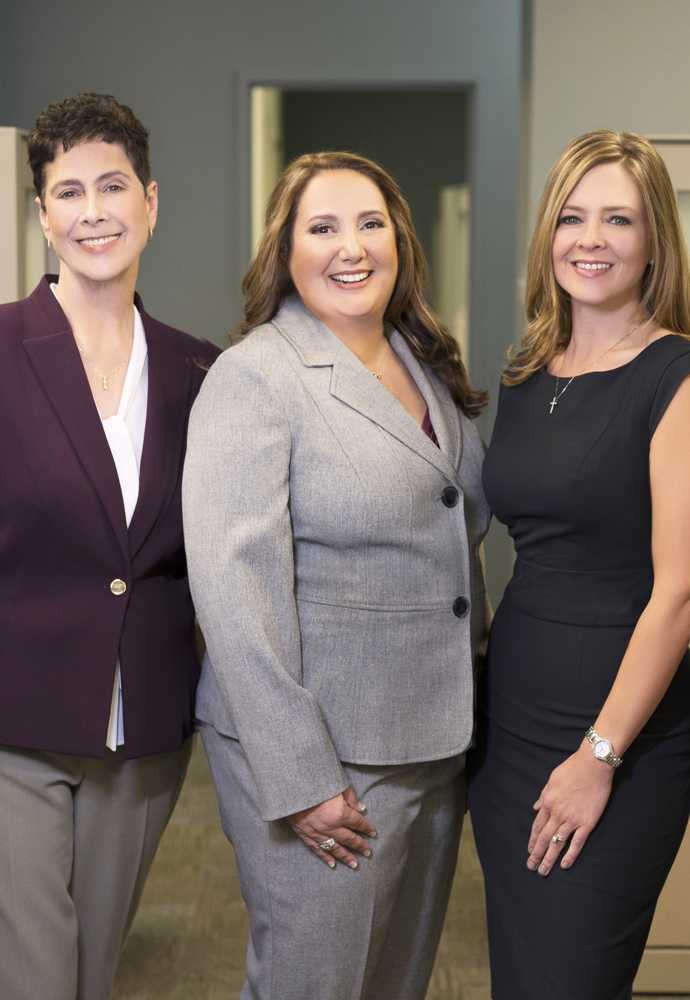 Seeking a more flexible schedule to accommodate her young family, Gourgues returned to H&R Block in Mandeville in 2008. Gourgues started as an “enrolled agent” by going through rigorous training and passing a three-part, comprehensive IRS test. The EA credential allowed her to represent taxpayers before the IRS. Gourgues said she knew after her first tax season that she wanted to eventually purchase her own franchise. When the opportunity came up to purchase the Mandeville location in September 2015, she fulfilled that goal. Building on lessons learned as both a franchisor and franchisee, Gourgues and her team were recognized by H&R Block as the 2017 “Franchise of the Year” in the three-to-seven office category.

Payne was also a mother to four young children when she started working at H&R Block, but her previous work experience was inside of the household rather than outside of it. Payne was a stay-at-home mom until her youngest went to kindergarten. She vividly recalls phoning her husband six weeks after their son started school to tell him there were only so many times she could clean an already clean house. She informed him that she was going to find a job. “After I considered my options, my interests and my skill set, I decided to join H&R Block,” Payne said. “From the time I was a teenager, I helped my parents with their taxes. I loved puzzles and for me, the process of sitting at the dining room table sorting receipts and check stubs was very similar to solving puzzles. I continued to do their taxes after I became a wife and mother and began doing them for our own household as well.”

Her success with her personal tax returns was not what compelled her to the profession, however. It was her failure. Following years of doing her own taxes, Payne received a letter from the IRS. She consulted a tax professional who not only cleared up the situation, but who also showed her money she had been leaving on the table for years. “It is my experience that people who do their own returns are never 100 percent sure they are doing them correctly. If they are overly cautious, they may not claim all the deductions for which they are eligible,” she explained.

Automated systems can help, but they only allow for “yes” or “no” responses. “Yet, to get the most out of your tax return, you really need to consider the reasons behind those answers. When we work with clients, we walk them through the process. Their explanations can offer insight and may open doors to other deductions they may not have considered,” Payne said.

Payne, who is also an EA, still has the original eraser from her first tax season in 1990. She said it not only reminds her of how much things have changed over the course of her career but also of how much things have stayed the same. After being named a partner in the business, Payne took over at the helm in 2009. She brought daughter Kelly Tranchina on board as a partner the same year. Tranchina handles the administrative side of the business and also handles tax preparation for clients. “There is nothing better than to help someone who has been so afraid of owing money that they haven’t filed their taxes in years,” Payne said. “Within just a few hours they can leave my office with a huge weight off their backs, often only owing a manageable amount of money.”

As active members of the community, Payne and Gourgues enjoy being able to give back to area non-profits while helping individuals and business owners navigate their tax returns. Through H&R Block’s philanthropic referral program, donations can be made to the filer’s designated nonprofit. “We’re dedicated to making our communities stronger. It is an honor that we can do that through tax preparation and counseling services as well as through our financial giving and volunteer efforts,” Gourgues said.