Carnival Fun on the Northshore

If you attended the Mardi Gras parade in downtown Covington 60 years ago, you were likely to see people riding in the backs of pickup trucks, riding bicycles or even pushing a wheelbarrow down Boston Street. “They did a little bit of everything back then,” said Bill Woessner, president of the Covington Lions Club, which organizes the event each year.

Over the years, the parade hasn’t changed that much. It has retained a hometown feel where people felt safe bringing their families for a few hours of fun on Fat Tuesday.

Now, 61 years after the first Mardi Gras-day parade rolled through Covington’s streets, the event is set for an upgrade. Thanks to a partnership between the City of Covington, the Lions Club and the Northshore business community, five professional floats as well as a post-parade party will be incorporated into Carnival in Covington on Feb. 13.

“We’re slowly trying to turn things around to be more of a traditional parade,” said Larry Rolling, Covington councilman who serves as the city’s parade committee chairman. Rolling and the parade committee have been working alongside Woessner to enhance the parade over the past year. “We want Covington to be the Northshore’s destination for Carnival,” he said. 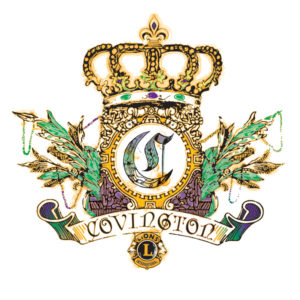 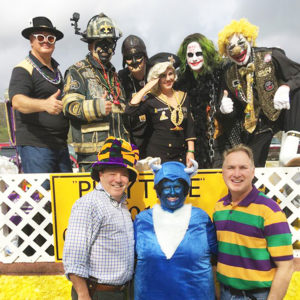 By offering Northshore businesses the opportunity to sponsor a float, Rolling and Woessner hope to build community involvement while creating a festive, traditional Mardi Gras atmosphere in Covington.

Businesses can sponsor an entire float with 20 riders for $2,500 or half a float with 10 riders for $1,400. Individual riding sponsorships are also available for $150. Rolling said one of the unique selling points for businesses is the ability to distribute logo branded throws from floats during the parade. Family-friendly entertainment will also be a part of the day’s festivities at the Covington Trailhead. Food will be available for purchase, and parade winners will be announced.

Throughout the years, the Covington parade has drawn visitors who like having room to spread out in a safe environment, Woessner said. “People like that they can let their kids roam around safely. In the 20-odd years I’ve been involved, we’ve never had an incident at the parade. We don’t want that to change,” he said.

The goal is not to alter the parade’s hometown feel. Bands, marching groups, golf carts, pickup trucks and bikes are still welcome to join the fun. “We want it to have a family atmosphere where people don’t have to worry about crazy things happening,” Rolling said. “Then, it will  become something people look forward to attending every year.”

To learn more about float sponsorship opportunities for Carnival in Covington, please contact Rolling at 985-502-8586 or email llrollingjr@aol.com, Mark Johnson at 985-788-4598 or email coachmarkj@gmail.com or Theo Mullen at 865-776-8612 or email theomullen@yahoo.com.